Podcasts are a great source of information from a variety of viewpoints. They hook you in, inform, make you think and encourage discussion. There are ‘000’s of podcasts about climate but to help you, we’ve checked these out and are confident that they are great, informative and follow the science! Maybe listen on your way to work or when out for a walk - opportunities to listen are endless. Most of these are about 20 -25 minutes in length. Listen as much or as little as you want

The Climate Question: Produced by BBC World Service this easy to digest podcast covers a wide range of climate related topics in a magazine style that would also suit students. New episodes added every Monday.
View
Force of Nature: In the Force of Nature podcast, 22-year-old activist Clover Hogan looks at the rise of eco-anxiety, exploring the climate crisis, through the lens of our mental health.
View
Climate Action Now: Orsted is a Danish energy company which has been designated as the most sustainable energy company by the UN. This series of 4 podcasts charts their transformation from “black” to green energy.
View
Outrage + Optimism: Global Optimism's Founding Partners Christiana Figueres and Tom Rivett-Carnac negotiated the Paris Climate accords. Their podcast looks at how we achieve those goals with the help of leading figures from climate change
View
TILclimate Podcast: Produced by MIT this podcast is science based and is accompanied by extensive notes and teaching resources about a huge range of topics. Listen to world leading scientists.
View

What is a Climate Café?

Why not give one a go?  Hopefully it will make you feel better about climate change! No compulsion, but do tell us if you’re coming - we’d hate for there not to be enough cake!

Watch this space for dates and venues

All too often films about the climate crisis give an apocalyptic vision of the future - quite depressing really! But it doesn’t have to be like that! We’ve put together a selection of videos that highlight a positive and optimistic view of the climate crisis. They show what can and is being done to give us a sustainable future. There’s something for everyone! Click on the images.

How to rewrite your climate story. Listen to young climate activist Clover Hogan at TEDx London.
View
Finnish researchers have installed the world's first fully working "sand battery" which can store green power for months at a time.
View
Hydrogen creates no carbon when burned making it a possible future fuel as we tackle climate. Take a tour of a hydrogen home in Gateshead.
View
ITV news report about wind farms off the NE coast.
View
Produced by Silverback Films and WWF, David Attenborough: A Life on Our Planet shares Sir David Attenborough’s greatest story yet – his witness statement for the natural world and a vision for the future.
View
This Oscar nominated film chronicles the story of four rangers who have risked their lives to save Africa’s most precious national park and its endangered gorillas, which are some of the world’s last mountain gorillas.
View
A group of activists, scientists, farmers, and politicians band together in a global movement of "Regenerative Agriculture" that could balance our climate, replenish our vast water supplies, and feed the world.
View
Award-winning director Damon Gameau embarks on journey to explore what the future would look like by the year 2040 if we simply embraced the best solutions already available to us to improve our planet and shifted them into the mainstream.
View

Watch this space for dates and venues

There are literally thousands of documents about climate change. So we have chosen a few that will be informative and easy to digest. They might also help to get you looking for more! Click on the images to view the documents. Happy reading... 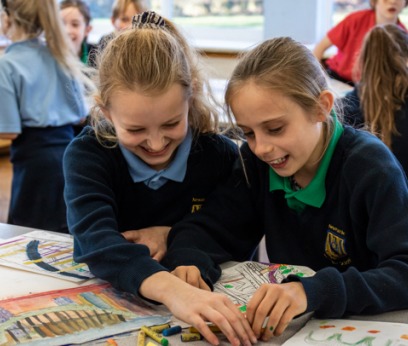